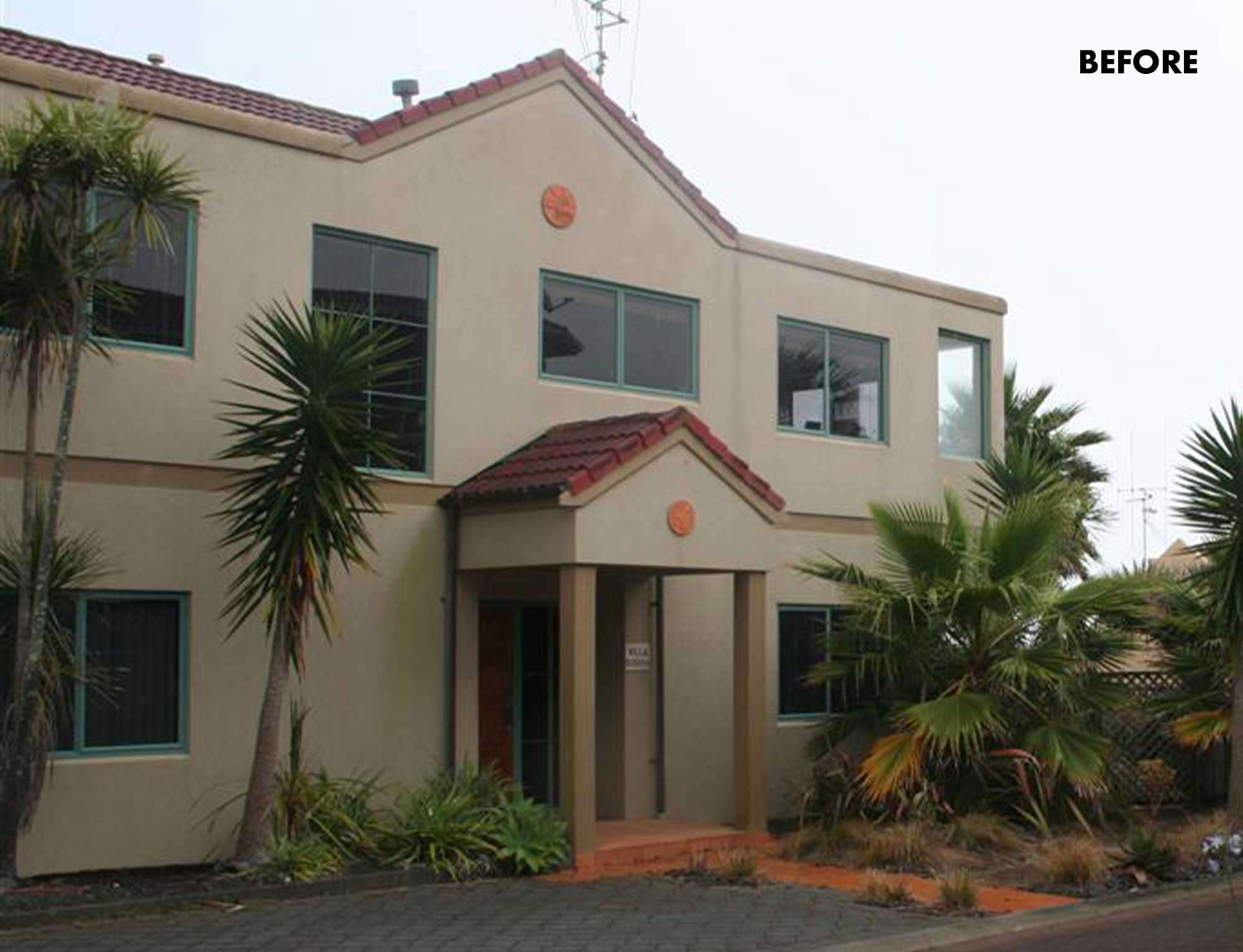 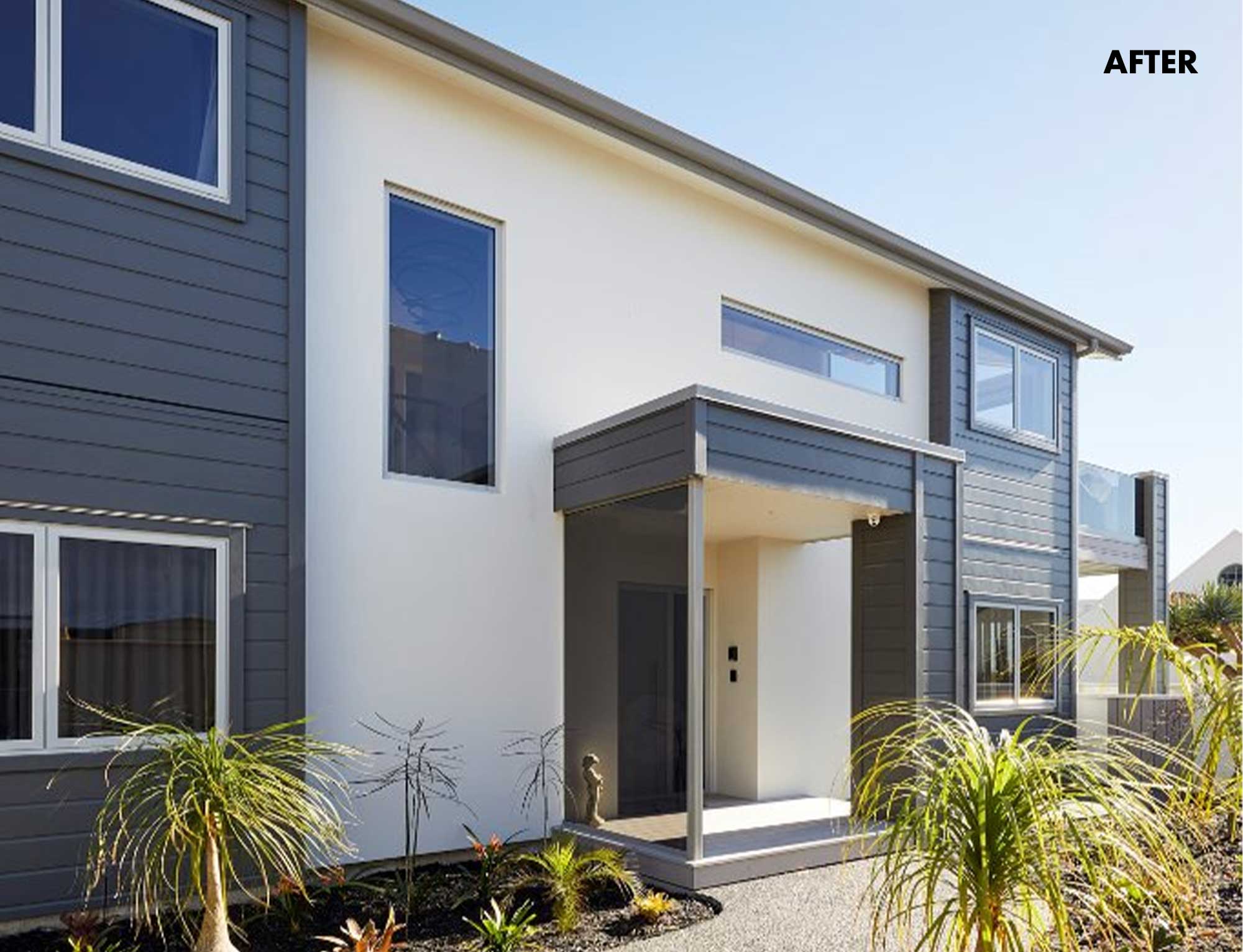 A classic before and after project where an existing two storey house has been transformed from a tired, shabby plasterbox to a high performing modern beach house.

Originally built in the boom time of the early 2000’s, the house was littered with characteristic widespread details and features that caused – or would cause – water ingress issues. Straightforward and robust weathertightness principles were applied along with the ability to delve right into the serious nitty gritty details. The result is a house that will give the owner total peace of mind where previously it was a major source of headaches.

Another equally important factor in this project was to improve the look, feel and function of the house. Internal spaces were reconfigured for optimal views and passive solar gain resulting in a vast improvement in the way the house functions. With the location being close to the beach new low maintenance materials were selected for improved durability. Fresh and modern, this remedial renovation has ensured that the house has realised its potential and has reinstated a high property value. 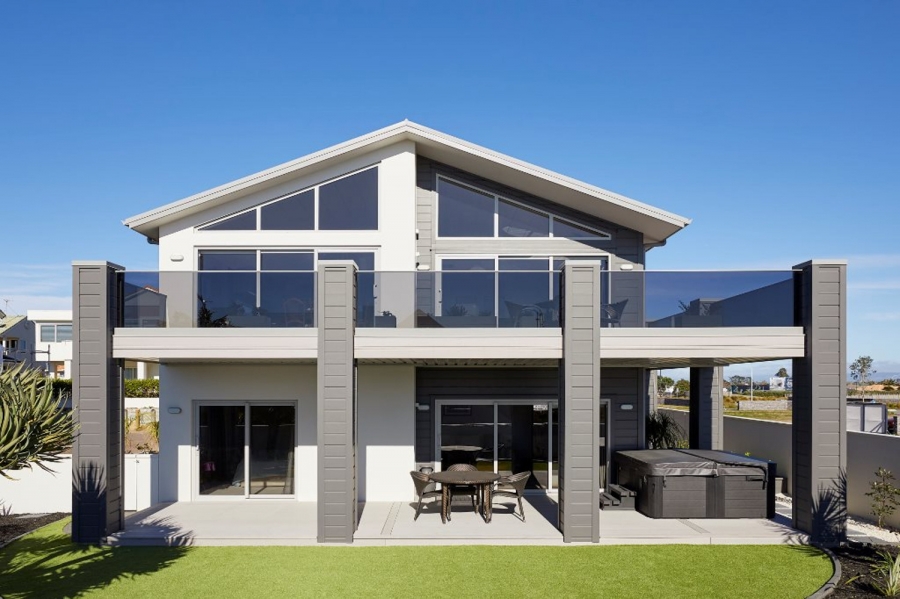 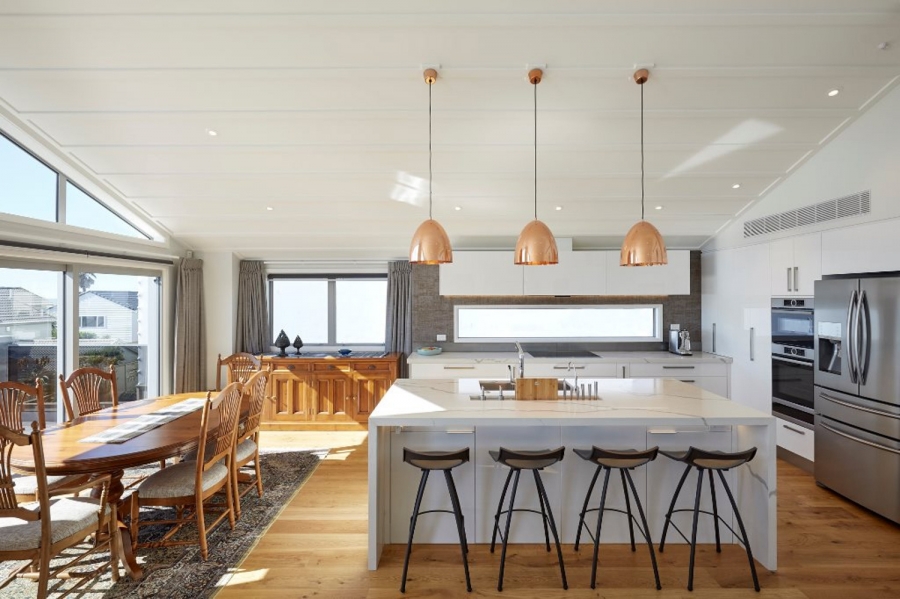 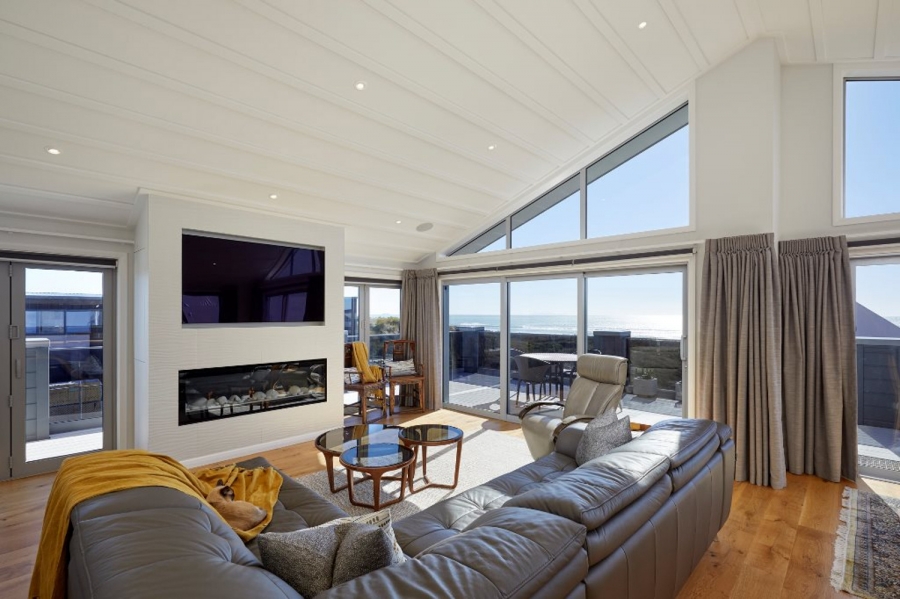 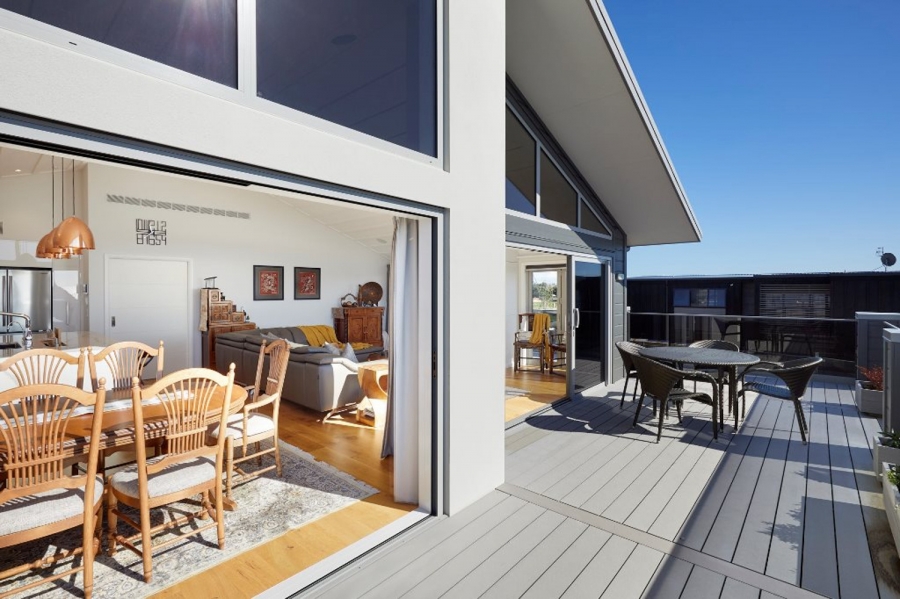 Faced with a major rebuild we were adamant this was our ‘forever’ house and not just a quick fix. We worked closely with Belco Homes and the architects to achieve our amazing home and we couldn’t be happier.